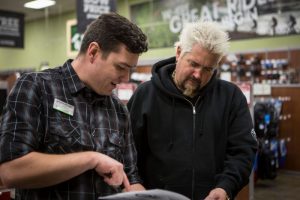 In October 2017 more than one dozen fires erupted in California, the most destructive among them was dubbed the Tubb’s fire having started on Tubbs Lane, named for Alfred Tubb’s owner of the famed Chateua Montelena winery – circa 1882.  The Tubb’s fire scorched 250 square miles, 42 lives lost, dozens missing, 4000 structures partially destroyed, 5,500 structures completely destroyed according to Cal Fire with losses estimated at $1 Billion.

In the midst of these devastating fires across the state, a local Santa Rosa celebrity chef Guy Fieri and another celebrity chef Rachael Ray known for their t.v. shows on The Food Network, donated funds and placed an order with Performance Bicycle in Santa Rosa, California for 310 new bicycles to replace bikes lost in the blaze just weeks before Christmas. 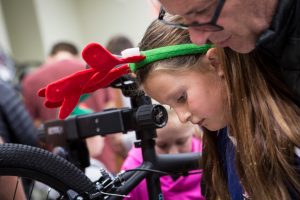 Performance Bicycle Manager Tommy Merriott along with four staff members worked 12-hour days for weeks eating pizza as they worked assembling 130 bikes.  Additional help was needed, so local firefighters and other volunteers joined Chef Fieri and his family as Performance Bicycle hosted a build night to give a last big push to assemble the remaining bicycles in time for Christmas.  This was an enormous undertaking which filled four PODS containers (double stacked) which were then delivered to four local fire departments in time for Christmas distribution to many grateful families.  Bikes included both children’s and adult sizes.  In the face of adversity and enormous loss emerged this story of generosity and loving kindness for strangers. 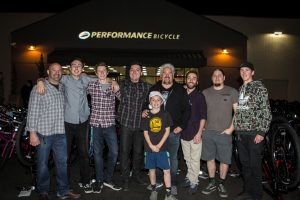 Thanks goes out to Chefs Guy Fieri and Rachael Ray for their generous donation of bicycles and time spent working to bring joy to these Santa Rosa families, and thanks goes too Performance Bicycles manager Tommy Merriott, his staff, local firefighters and other volunteers who worked tirelessly to make this a very happy and memorial Christmas for so many families!

The Women Bicycling logo is a Registered Trademark