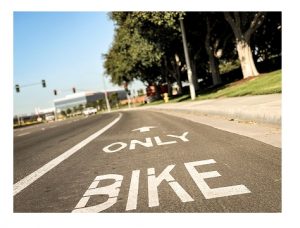 New laws were introduced in 2019, which will help to ensure your safety and rights as a cyclist.

Bicycle hit-and-run on a bike path:

AB 1755, sponsored by former Assemblyman Marc Steinorth, R-Rancho Cucamonga. This law extends the felony hit-and-run provisions to include cyclists on bike paths, requiring a cyclist involved in a collision to stop at the scene of an accident.

According to the Sacramento Bee, “This bill would subject a person riding a bicycle on a Class I bikeway to those rights and requirements of the Vehicle Code that apply if that person is involved in an accident resulting in injury or death of a person other than himself or herself.  Because a violation of those provisions of the Vehicle Code by that person would be a crime, this bill would impose a state-mandated local program.”

AB 3077, sponsored by Assemblywoman Anna Caballero, D-Salinas.  Parents of minor children take note, this law provides law enforcement the ability to issue a “fix-it ticket” to anyone under 18 who doesn’t wear a helmet while on a bicycle, skateboard or skates. It is correctable if the minor completes a bicycle safety course and gets a helmet that meets safety standards within 120 days of the ticket being issued.

Although most states in the U.S. have a safe passing zone where motorists are required to allow a 3-foot clearance from a cyclist on the road, Michigan was without this requirement. Beginning August 2019, this law will be in effect for this state as noted by House Bill 4198 (Details – Michigan Legislature)

The UK is currently working towards adding the 3-foot rule to Rule 170 that would ensure the safety of cyclists along their roads as well.

It is always a good idea to be aware of the Rules of the Road, current biking laws in your area, and your rights.  However, by being informed you can also be helpful educating those around you.  Click HERE for local U.S, bicycle laws.  (Click repeatedly on your state for more detailed information.)