A New Dawn in Genetic Medicine 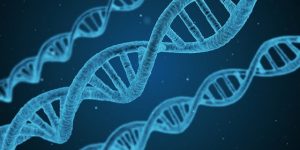 This is an exciting time in the history of the world of medicine.  The FDA’s Cellular, Tissue and Gene Therapies Advisory Committee unanimously voted to approve the Philadelphia drug manufacturer Spark Therapeutics’ first-ever gene therapy for an Inherited Retinal Disease (IRD) known as Leber congenital amaurosis (LCA).  This is not just the first investigational drug to be approved for a genetic disease in the United States but the first ever to reach the level of being reviewed by the FDA for approval.

Joan O’Brien, chair of the department of ophthalmology at the University of Pennsylvania and director of the Scheie Eye Institute, told the FDA panel, “My prediction is this work will ultimately transform the lives of individuals, perhaps millions, who are facing a life of blindness.” The Advisory Committee based their recommendation on the drug manufacturers clinical development program, whose clinical trial subjects were on average age 4 to 44 and demonstrated both functional vision and visual function improvements 30 days after the drug known as  LUXTURNA™ (voretigene neparvovec) was administered continuing on through the patients last annual follow-up visit.

What is the difference between functional vision and visual functions?

Visual functions describes how well the eye and visual system function, while functional vision is used to describe how well the person functions in vision-related activities.  Visual functions can be measured by testing each eye individually for visual acuity by observing the smallest letters on a standardized eye chart subject can see, testing sensitivity to light, as well as the visual field which is simply your peripheral field of vision as you focus on a central point.

Prior to this new gene therapy according to Principal Investigator Albert M. Maguire, M.D., professor of ophthalmology at the Scheie Eye Institute at the University of Pennsylvania’s Perelman School of Medicine and attending physician in the Division of Pediatric Ophthalmology at Children’s Hospital of Philadelphia, there were “…no pharmacologic treatment options for people living with RPE65-mediated IRD, who in most cases progress to complete blindness.  As a practicing physician who often speaks with patients and families living with IRDs, these conversations have been, up to now, frustrating in that there has been nothing to offer.  Today’s advisory committee vote is an important step closer to the day that discussion can include potentially treating the blindness caused by their IRD.”

According to the U.S. National Library of Medicine, “The RPE65 gene provides instructions for making a protein that is essential for normal vision. The RPE65 protein is produced in a thin layer of cells at the back of the eye called the retinal pigment epithelium (RPE). This cell layer supports and nourishes the retina, which is the light-sensitive tissue that lines the back of the eye.”

While LUXTURNA™ is an exciting new drug in the burgeoning realm of retinal gene therapy, developed by Spark Therapeutics and researchers at the  Children’s Hospital of Philadelphia, it does not directly address causes of inherited retinal diseases involving more than 260 genes, nor does it provide a cure.  The drug is intended to be a one time injection inserted directly into the retina.  It does not completely restore eye sight, yet reports of lives dramatically changed following this therapy abound igniting both the imagination of researchers and patients alike for new studies in gene therapy.  This is an exciting time filling the hearts and minds of those who suffer from this and other inherited retinal disorders (IRD’s) with hope.